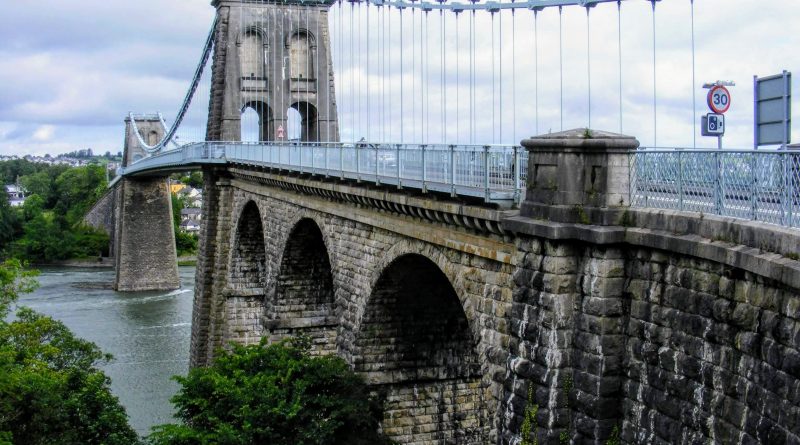 The Menai Bridge is the original gateway to Anglesey and construction was started on the bridge in 1818. Moreover it was the largest of its kind, all previous suspension bridges across the world were much smaller.

It was Designed by Thomas Telford and construction was completed on the 30th of January 1826. Once the bridge was finished road traffic and people would be able to cross safely between Anglesey and mainland Wales. This was the principal reason for the bridges construction, a road connection was needed for what was quickly becoming an important route.

With the Union between Britain and Ireland taking place it was an important route for diplomats travelling from Ireland to Parliament. A quicker way was needed and not just for the diplomats coming from Ireland. It made life far safer and simpler for the local population.

Prior to the bridge the only way to cross the Menai was via ferries. The Menai Strait was and still is a dangerous section of water with strong tidal currents. The locals and diplomats alike would have to make this perilous crossing on every journey. Plenty of boats capsized or crashed on to the rocks when making this perilous journey. It also gave local farmers a way of safely moving their cattle to the markets on the mainland. Land owners would have to wait until low tide and swim their cattle across the Menai, this would often lead to losses.

The Menai suspension Bridge was made from the nearby quarry at Penmon. It was loaded onto boats and floated down to the construction site.

The closest toilets are by the library and are open year round LL59 5AS. 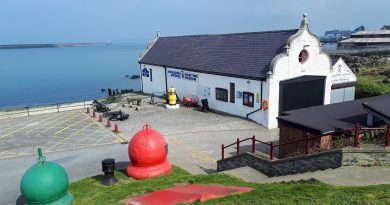 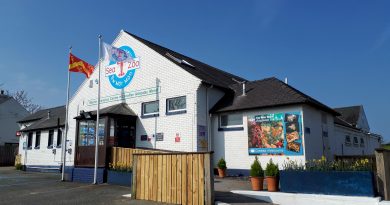