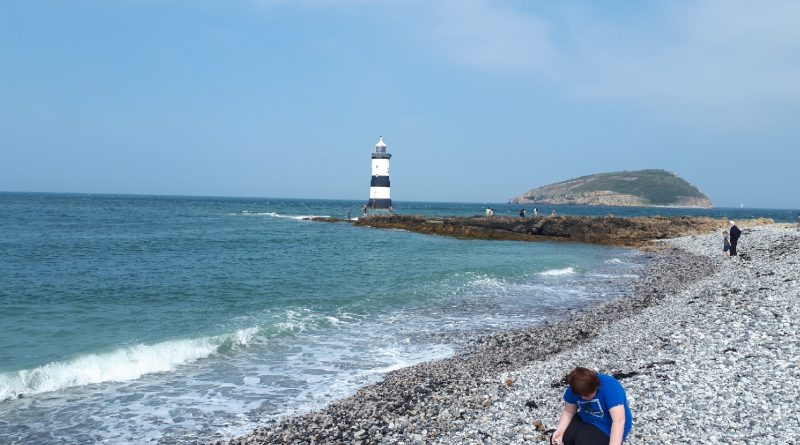 Penmon beach is a steeply shelved pebble Beach on the East Coast of Anglesey.

The beach is only accessible by a private toll road that costs just £3 per car. It is the only place on the island with any sort of charge for access. This does however cover you for the entire day and parking is included, parking costs more elsewhere on the island so win win.

Is it worth the trip down? You bet it is!

Penmon point has some absolutely fantastic views of mainland Wales and moreover, Puffin Island. Its no wonder visitors return here time and time again. It may not have a soft and sandy beach though it has a lot more to offer.

Across from Penmon beach is Puffin Island and you guessed it, Puffins in summer. Although you will need strong binoculars to see them it is also home to a seal colony. The seals will regularly come in very close to the beach whether its busy or not. You would be unfortunate not to see one on your trip unless the weather is really poor.

There are also regular visitors to this part of Anglesey in the form of Dolphins and Harbour Porpoise. Often they can be seen passing and hunting between the beach and Puffin Island. Keep and eye out for them, as especially the smaller Harbour Porpoise can be hard to spot. You will sometimes only briefly see there backs as they breach for air, we’ve watched them as others were totally unaware of their presence.

Penmon beach it also a bit of a mecca for anglers as it can fish well for Mackerel in summer. This is also why the Dolphins and Porpoise are here to feed on them.

During summer as the night draws in the beach at times turns almost magical. Why? A natural occurring phenomenon caused by bioluminescent algae. Any disruption to the algae such as the waves hitting the beach causes them to glow luminous blue. The sea literally lights up, it really is unreal and amazing to see.

The beach at Penmon has another hidden gem, though very rare in the form of the aurora borealis. On clear nights during a strong coronal mass ejection the northern lights are visible from the beach. Magic.

The cafe on site provides reasonably priced food and drinks to keep you topped up for the day too. It also sells a few bits and bobs for the kids and has a toilet for patrons. Speaking of kids, as the tide drops there are plenty of rockpools to explore. If you time it right they can have an amazing amount of sealife in them. You can find various species of fish, Crabs, Prawn and anemones.

Its a great place to just sit, relax and enjoy your surroundings.

Closest toilets are in the cafe – Patrons only 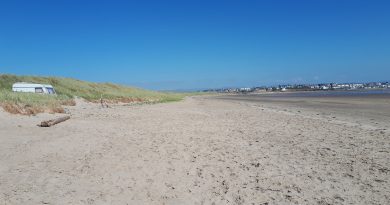 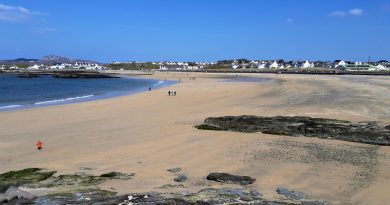