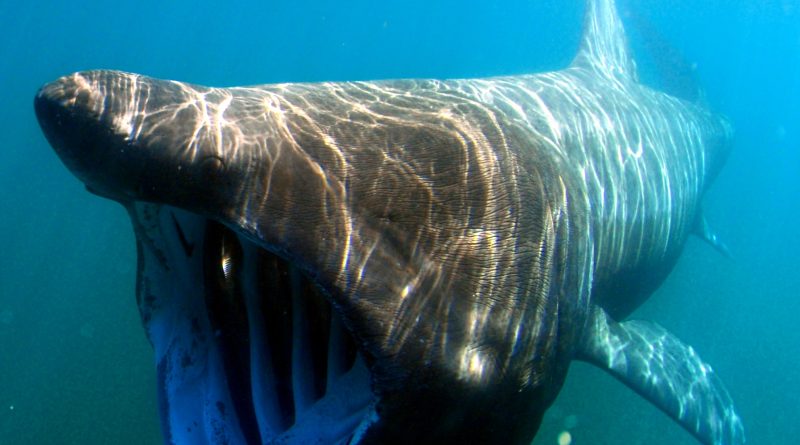 Basking Sharks are an immense beast! Reaching up to 10 metres in length, the average however is around 8 metres. Weighing close to 6 tons when fully grown, they are able to filter a huge 2000 litres of water per hour.

Basking Sharks are the largest shark species you will see in the waters around the UK. These gentle giants are no threat to swimmers or much else for that matter. Filter feeding is what they do best, slowly meandering through the water with their huge mouths agape. The tiny zooplankton close to the surface of the sea is all they will feed on.

They usually appear during the warmer months as the sea temperature starts to rise. The best time to see them is from May through to September. They can be spotted from shore but by boat is your best chance. If you see a large black, triangular looking fin protruding from the water you are very lucky. Basking sharks are grey in colour, sometimes you see the snout poking out of the water to the front.

Best times to spot them are when the weather is calm and they come in closer to shore to feed. It also makes them easier to spot there dark shadow on top of the water. They are quite docile in nature so swim very slowly along the surface. Prime locations to see Basking Sharks in Anglesey are along the Western coastline. At times they will venture into other areas. However its not very often they are seen at other locations off Anglesey. Try the high cliffs of South Stack and the coastal path around Holyhead Breakwater Country park.

What will you see while visiting Anglesey? Seals, Dolphins, Harbour Porpoise and even Killer whales we seen off Holyhead. Get out and see for yourself! 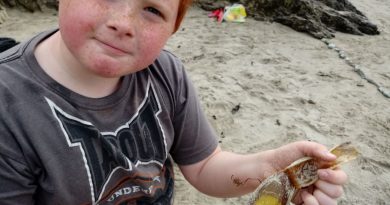 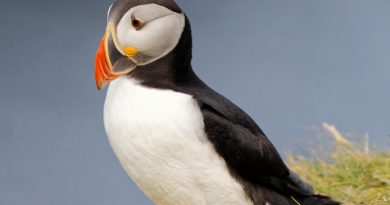 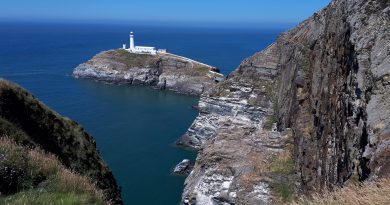